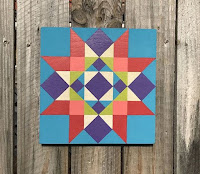 There are about 150 barn quilt trails documented in 48 states and Canada with almost 10,000 quilts painted on barns, commercial buildings, garages, front porches, water towers, gates, fences, and hanging from mailboxes. “Even though the history of quilt trails [is] rooted in the surprisingly recent past, the blocks themselves tell stories from much longer ago.”[1]


For hundreds of years, farmers have decorated their barns with folk art, including quilt blocks, to reflect particular meanings. In the early 2000, quilt trails blossomed thanks to the work of an Ohio woman who wanted to honor her mother by painting a quilt block on their tobacco barn.  For example, The Trail in Pocahontas, West Virginia was established in 2013 when West Virginia celebrated its 150th birthday. The Pocahontas County Quilt Trail tells the story of the history of the region by using famous, historic quilt squares. [2]


“Donna Sue Groves of Adams County, Ohio initiated the Barn Quilt Movement in October 2001, however, according to Donna Sue’s interview in Quilters’ Save our Stories (Q.S.O.S.)* by The Alliance for American Quilts, the concept started much earlier.


“Donna Sue got the idea for barn quilts as she watched her grandmother from Roane County, West Virginia quilt during family visits. As her family traveled through the country on back roads, her mother created a car game where they counted barns. Different types of barns would earn points. Barns with advertising were worth 10 points. Red barns were worth even more points. German Pennsylvania Dutch barns with hex signs and wonderful colorful geometric designs on them were worth the most…50 whole points!


“From this childhood experience, barns left an imprint on Donna Sue that she carried with her throughout her life. Eventually, Donna Sue and her mother settled in Adams County (in southern Ohio) on a farm with a barn. Donna Sue thought their barn—a tobacco barn—was one of the ugliest barns she had ever seen in her life! In 1989, Donna Sue said to her mother, Nina Maxine—who goes by Maxine—that she would paint a quilt square on it someday. The concept grew from there.


“In 2000, Donna worked to create a driving trail of numerous quilt squares where people would come to Adams County to see the barns with quilt squares, and ultimately create economic opportunity for the mostly rural communities. The first committee meeting took place in January, 2001 and the first quilt square was installed in October of that same year. In just under a decade, the Barn Quilt Trail has grown to encompass 27 states and two provinces in Canada.”[3]

Where Tradition Came From


Quilt patterns on barns date back to colonial America. After the colonists became established and had spare income, they painted small patterns on the ends of the barns as a way to celebrate their heritage. Marilyn Carrigan, executive director of the Truman Museum in Truman, Minnesota, says, "The history of the barn quilt begins about 300 years ago with the arrival of immigrants from the Rhine region of Germany. They came for religious freedom. These groups included Amish, Mennonites, Lutherans and other Reform groups. Many settled in Pennsylvania, especially in Berks, Lancaster and Lehigh counties." The designs can still be found in the Amish communities today. The designs were also believed to protect the farm and bring good fortune.

The Meaning of the Amish Star

Suzi Parron of Stone Mountain, Georgia is a lover of barn quilts. She's writing a book on the subject and posts her progress on a blog: "Barn Quilts and the American Quilt Trail: Making my way across the country documenting this grassroots art movement." You can hear her enthusiasm in the quote below:


"By the time I got to Woodstock, I had seen about 800 quilt barns! Hard to believe, but true. And still--when I round a corner and see a great barn with a beautifully painted quilt, I say to myself (aloud, mind you). Oh, WOW."


See her blog at: http://americanquilttrail.blogspot.com/ Maybe leave a note of encouragement too.

[3] https://www.accuquilt.com/barnquilt-facts
Posted by Chinaberry Grove at 7:45 AM No comments:

Feed Sacks
Feed sacks were initially made of heavy canvas, and were used to obtain flour, sugar, meal, grain, salt and feed from the mills. They were reusable, with the farmer bringing an empty sack stamped with his mark or brand to the mill to be filled.
http://www.quilthistory.com/feedsacks.htm 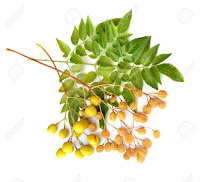 Click the Classes tab up top for more details.

Whether you are a new or experienced quilter, there’s always more to learn. I personalize sessions to focus on your learning goals, for example, if you know how to paper piece, you may want to be more efficient or tackle a more complex pattern. Ask yourself, "where do I want to go?" I'll help you get there.


One-on-one and group sessions available. Sessions are held in my studio or at your location. Check out the samples below of quilts I have completed this year.

Email me for more information: johnniemckenzie@att.net . 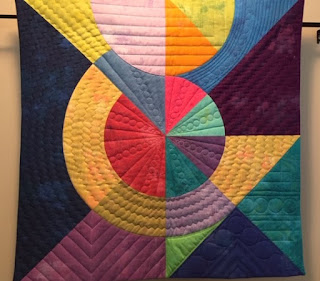 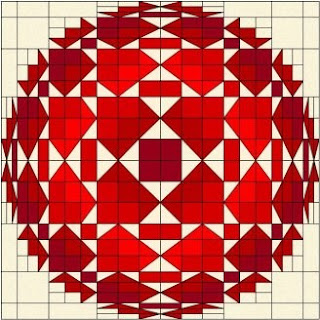 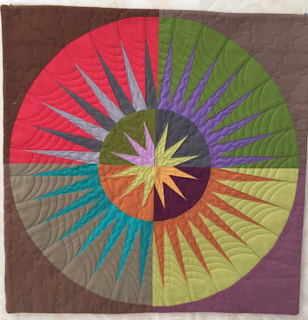 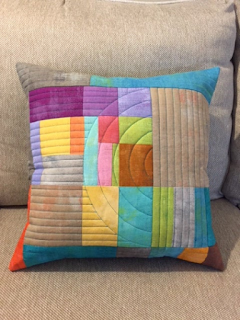 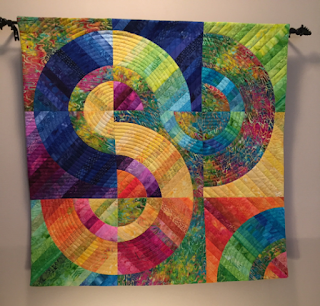 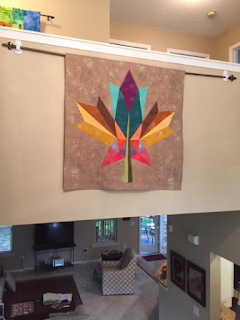 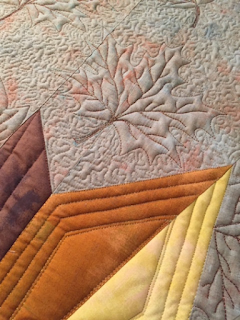 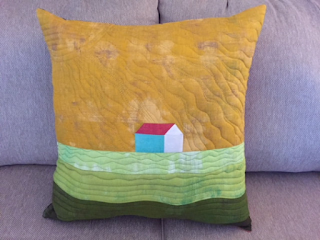 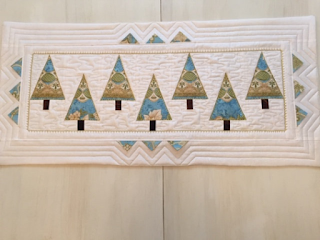 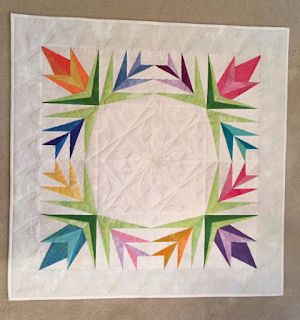 Posted by Chinaberry Grove at 9:56 AM No comments:

Sew Fresh Quilts has a quick and easy candle pattern. Great if you have  ade all the holiday trees and ornaments you can use or give. 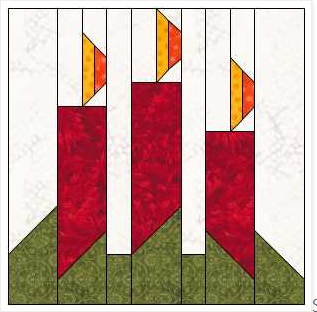 Posted by Chinaberry Grove at 2:20 AM No comments:

I'm eager to finish my holiday items for my MyColorPops Etsy shop so I can return to my current fun project. All blocks done and one row assembled. 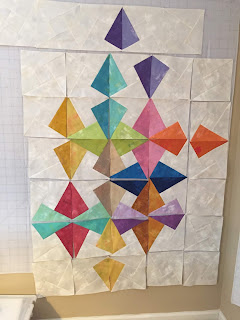 Posted by Chinaberry Grove at 4:38 AM No comments:

Several people have asked me for the pattern I used for the quilt I made for my swap partner. It is a variation of the very old snowball block. 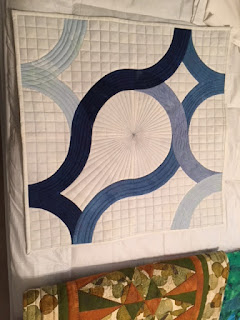 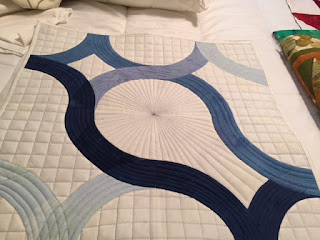 I got the pattern free some years ago but it is no longer on the guild site. The lady who made the pattern for the LAMQG has it on her site for $4.

Here's a link:  January Block
Posted by Chinaberry Grove at 7:15 AM No comments:

This is a really good idea, especially for quilts that will not get heavy use. I found this in The Quilt Show newsletter today.

Posted by Chinaberry Grove at 4:31 AM No comments:

This pattern works well with solids and solid-like fabric. 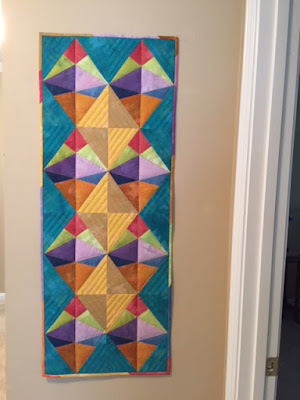 Posted by Chinaberry Grove at 7:41 AM No comments: